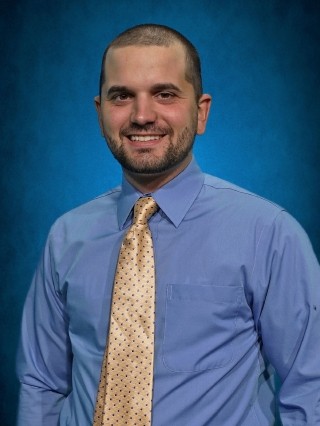 Meteorologist Mike Yalch joined FOX56 News First at 10 in January 2017 as our Fill In Meteorologist.

Mike is a lifelong resident of Northeast Pennsylvania growing up near Nanticoke. He got first interested in weather by watching other local meteorologist’s in Northeast Pennsylvania. Mike attended Millersville University where he graduated in May 2015 with a Bachelor of Science in Meteorology.

In college, Mike was very active in clubs including the Campus Weather Station, MUTV News 99, and the campus radio station-WIXQ 91.7. In December of 2013 and January 2014, Mike spends time in Upstate New York with other classmates and Universities in the OWLeS research project which collected weather data to better understand lake effect snow.

Mike really enjoys observing the weather, in which he has 3 weather stations, a rain gauge and a weather camera at his house. Outside of weather(or out n the weather,) he enjoys spending time outdoors with hobbies including hunting, fishing, kayaking, walks in the woods (especially with his dogs) or just doing yard work around the house.

Feel free to chat with Mike on social media or email him at myalch@sbgtv.com.