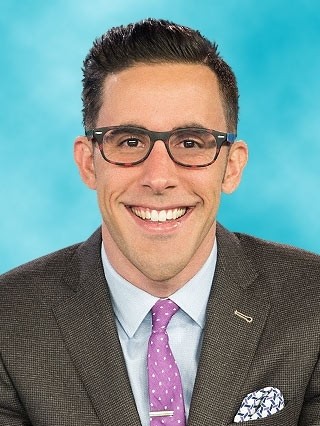 Ed is from the Lower Susquehanna Valley. No single weather event set off his interest. Rather, a series of events from the Blizzard of 1996 to Hurricane Isabel to golf ball size hail pounding the roof of his house sparked his curiosity in Mother Nature's true power.

Ed graduated from Millersville University in May of 2009 where he received a Bachelor's Degree in Meteorology. During his time at Millersville, Ed was a lead forecaster for 3 years and produced streaming video forecasts on the college website. Right after graduating, he landed his first opportunity as the weekend meteorologist for KVRR in Fargo, ND. In the summer of 2010 he moved further south to Davenport, IA and worked for INN doing broadcasts for television markets all over the country.

Ed worked as the morning meteorologist for WICU and WSEE in Erie, PA where he gained experience forecasting the microclimates of the Great Lakes. He most recently worked as a weekend meteorologist at WSBT in South Bend, IN.

Besides weather, surfing has been one of Ed's favorite pastimes. He's spent many summers growing up in Stone Harbor, NJ surfing the Jersey Shore.