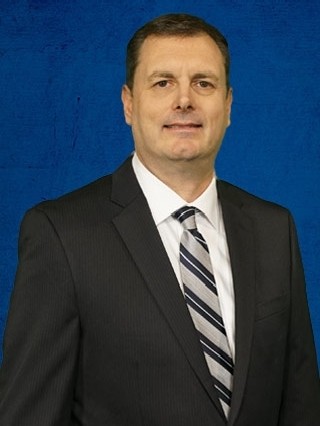 Bob Ide has been part of FOX56 since 2003. Currently, Bob is the Sports Director and oversees all of the live local sporting events produced by FOX56. In this role Bob serves as the play-by-play announcer for high school and college sports. In addition, his local reports air weekly on the FOX56 Sports Show.

From 2003 to 2012 Bob was the host and producer of The Great Outdoors, receiving three awards from the Pennsylvania Association of Broadcasters. The show was reprised in 2016, and Bob resumed his role on the show.

Prior to joining FOX56, Bob was a sports reporter and anchor for Blue Ride Cable 13 News, Lehighton, and WYOU-TV, Scranton. He has been covering local sports for almost 30 years including Penn State football, Nascar’s Daytona 500, and the 1993 World Series and 1995 Major League Baseball All Star Game.

Bob is a graduate of Marywood University where he has been a member of the Alumni Association for 9 years, serving as the group’s president since 2015. He is also a member of the Marywood Pacer Club.

Bob lives in Scranton with his wife and two children. He enjoys coaching for Scranton Youth Lacrosse and St. Paul’s School basketball.

You can see Bob at local sporting events so make sure you say Hello.